We’re excited about the PCIe Gen 4 support across the current x86 platforms from both Intel and AMD. PCI Express (PCIe) has been a boon for standardizing onboard interface between host and various peripherals, from GPU, to NICs, to storage, to USB host. PCIe has enabled interconnection of almost everything imaginable inside a computer. 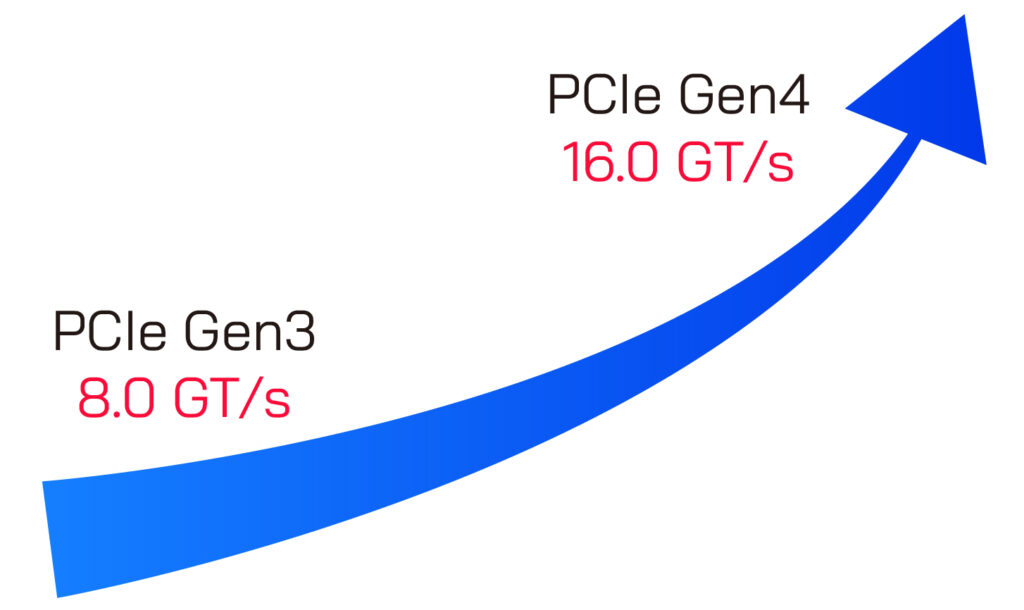 The latest iteration, PCIe Gen 4, has doubled the bandwidth over PCIe Gen 3 to 16GT/s over a single lane. Due to the 128/130bit encoding scheme for parity bits, the true throughput is 1.969 GB/s. a full PCIe x16 lane is capable of nearly 32GB/s throughput, and x8 lane has exactly half. A PCIe Gen 4 x8 link is capable of supporting a 100Gbps ethernet connection without bottlenecks. This is where it is interesting for us as a network computing specialist.

AEWIN’s latest PCIe Gen 4 based network computing platforms are equipped with 8x total PCIe x8 expansion bays to support up to 8x 100Gbps connections with full throughput capabilities with our Intel E810 based R671 expansion modules. Intel E810 is also capable of supporting up to 4x 25Gbps (R672), or 8x 10Gbps (NFT801). Inside our SCB-1932 and 1937, it allows up to 32x 25Gpbs or 64x 10Gbps ports. The increased port density allows up to 32x 10Gbps in 1U space, where previous generation requires up to 2U to satisfy this port configuration. The flexibility of port configuration allows our users to configure the system to tailor it for their exact networking needs.

Beyond networking, PCIe Gen 4 has great potential for accelerated computing. Although bandwidth through the PCIe connection is generally not an issue for GPU accelerated computing, being able to transfer the same amount of data in shorter time will ensure that GPU utilization will be maximized and never waiting for data.